On the day where we may learn the verdict of the Kyle Rittenhouse trial we want to pass along some developing info.
Information does not paint a complete picture.

We have heard reports of at least one group headed into Kenosha. 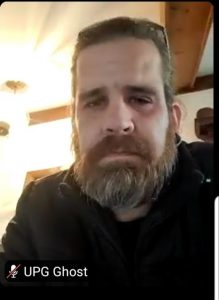 UPG Ghost (twitter handle @upgghost), of the United Pharaohs Guard (UPG) a boog militia out of Louisville, KY. UPG Ghost is headed to Kenosha with a crew that is multistate and not strictly UPG. UPG Ghost was involved with the mess on 2021-04-03 in Lansing, MI. Solidarity and Defense’s report Here.

Background on the kind of actions by the United Pharaohs Guard here.

Numbers: 20, estimated. For one group.

Their plan: Arrive at the Kenosha courthouse area in the morning of the 17th and maintain a low profile and observe. They are going to coordinate with the boogs local to Kenosha. It is doubtful they are going to attempt black bloc style gear as they did in Lansing or even the more flamboyant and trademark Hawaiian shirts but they may be attempting “grey man” dress.

Their focus is protecting property if they feel it is warranted and are concerned about antifa and communists. Be careful.

An extremely young boog named Ryan Patrick Sullivan, who is of similar age as Kyle Rittenhouse is also going. Ryan has drawn parallels between himself and Kyle and asserts that the only reason he did not go down the same path is that the nights he was armed in Massachusetts (he has since moved from CT to OH / MI) was never separated from his group.

Ryan Patrick Sullivan is increasingly become more volatile and should be avoided. He was recently arrested in Toledo, Ohio when a person he was protesting with negligently discharged his AR-15 and police discovered Ryan was concealed carrying a pistol with out a license. 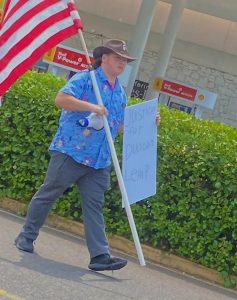 Ryan sympathizes with Kyle Rittenhouse and has his social media platforms, celebrated him.  Give this boog a wide berth as to avoid a repeat of past events.