One of the most soul crushing parts of the work that we and others do, is observing the racist online spaces that are dedicated to recruiting youth. We’ll not burden the reader with that emotional trauma, but please bear in mind the disgusting things that researchers of right wing hate often bear witness to.  It amounts to child abuse and it weighs heavy on our minds.

In our observations of boogaloo boi (boog) spheres we came across an eighteen year old that seemingly has latched onto the sphere of the Michigan boogs (re: Zackary Doughtery’s affinity group) despite his residing in Griswold, CT – very near to what must be a gorgeous state park.

Ryan Patrick Sullivan (RPS) is registered to the Libertarian Party and registered to vote in Connecticut. At present we do not know how he fell into the boog sphere, but we must note that being 18 during the height of the Covid-19 Pandemic would make individuals feel lonely and may be therefore more susceptible to online recruitment.

RPS has a large footprint in the boog, mostly as a “hanger-on,” often creating organizations or protests that largely subsist of himself.  And creating telegram channels for these programs. 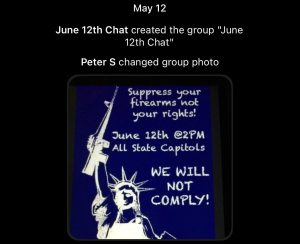 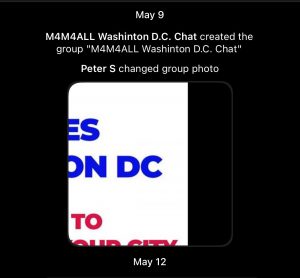 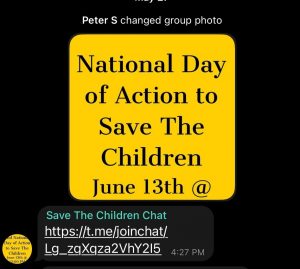 Above, a few of the Telegram channels as created by RPS. 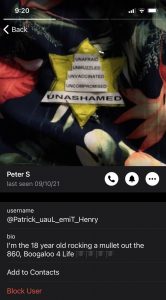 Above, one of RPS’s telegram accounts.  Please note the anti-semetic use of the Star of David.  A common thread in anti-vaxxer spaces is the self-comparrionsen to Holocaust.  This is insulting, ignorant, and hateful of the horrors the victims of the Holocaust suffered. 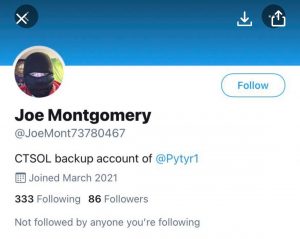 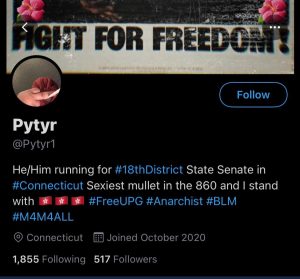 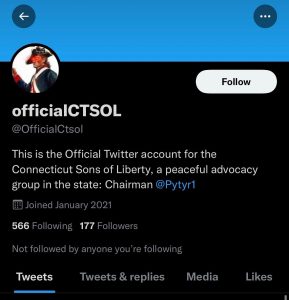 RPS has a eclectic political protest history. He was the creator of several March for Medicare For All (M4M4A) telegram channels and by his own admission was in organizing meetings on M4M4A.

M4M4A was largely a purely online-turfed set of rallies, parades, and marches in ostensibly in support of Medicare For All. Afterwards a few boogs and boog sympathizers were found to be a part of the effort… RPS being one of them. You can see RPS sport the Iron Front Three Arrows and declare opposition to groups like the Proud Boys and Klan intermixed their association with boogs and Three Percenters (threepers) and QANON anti-maskers. It’s a real confused mess.

Most personal perhaps for RPS is his self started organization entitled Connecticut Sons of Liberty. A boog flavored group that often uplifts other right wing protests and sometimes economically left things like M4A. From this telegram channel you can easily view where RPS was or will be. In his June 12th Day of Protest  there was audio of RPS discussing his willingness to work with threepers and past working history with threepers.

He was also the lead organizer of the End the Damn Wars (ETDW) event in New York City. The ETDW parades was a combination effort by boogs and employees of noted Nazi enthusiast Kim DotCom. It was largely an astro-turfed mess that was sparsely attended but did feature Zakk Dougherty cooperating with and informing to DC Police as referenced in this threaded tweet.

More recently and more worryingly, he has been descending the “QANON rabbit hole.”  Violence is becoming a normal factor in QANON hysteria. And the cult like nature of QANON is able to quickly warp people who become associated with it, even worse as the cited source reads that it is mirroring Nazi propaganda in an eerie manner.

He has been heavily involved on the WorldWide Chats on telegram and has suggested that people bring firearms to state capitals in opposition of public health initiatives like vaccines and mask mandates.  How someone can support Medicare For All but not promote public health is very perplexing as well.

The WorldWide chats on telegram sprung up during the collapse of the White Lives Matter marches and heavily feature antisemitism, racism, and other bigotry.  And have had significant crossover with one another.

Many of the Worldwide telegram channels have morphed into Qanon sinkholes. And this brings us to our primary concern.

We can see the radicalization path that RPS has begun. They may not be a direct danger today, but given that they are calling for an armed protest in support of one issue (anti-mask / anti-vaxx protest at the State Capitol), and to disrupt a school board meeting in another (anti-mask / anti-vaxx protest at the school boards). They could be a danger tomorrow.

This young person is potentially a powder keg. The spheres they inhabit range from a grift largely perpetrated by podcasters and other scam artists, like the M4M4A or End the Damn Wars, to cult-like fervor such as the QANON or Duncan Lemp themed  outings.

We would like to see this young person deradicalize away from this self destructive path. If RPS is willing to talk to anti-racist comrades of ours – there is an open invitation. Our email is open and we will work with you, Ryan, to help you grow and get away from these foul actors that will ruin you and others.

We have been in contact with affinity groups near to RPS and the community there has been alerted.  They want to help you get, Ryan.  There is a life after this. 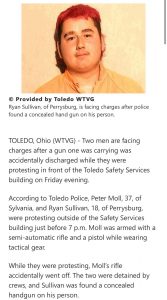 An update on a boog youth we identified some time ago: it got worse.  Since publication, Ryan has left Connecticut for Perrysburg, OH / Michigan guest rooms.  He has already been active in the “Unity Coalition” orbit.  This activity includes getting arrested in Ohio for a gun charge after a fellow boog practiced unsafe firearm culture and had a negligent discharge.  That negligent discharge drew the attention of police and subsequently Ryan was arrested for allegedly possessing concealed firearm.

Ryan…  these boogs are ruining your life.  You are eighteen.  You are being further drawn into a circle of people that are not chasing the betterment of all peoples but their rather their own egos.  You are walking down a path wherein you will be just another piece of set dressing in their narcissistic downward spiral.  You have a fork in the road right now: you can abandon these people that literally get you arrested and further encourage your self-sabotage or you can become your own man and find a place in society that benefits your siblings in society.

We truly hope you listen to people that are trying to achieve the liberation of the people – not their own selfish ego trips.  Those people are out there.  Reach out to them.